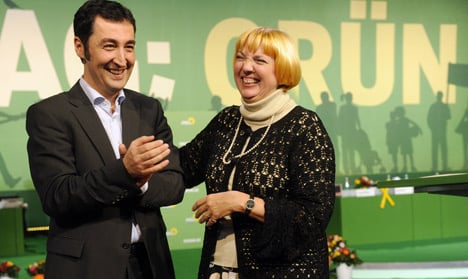 The support for the Greens climbed to 18 percent, the poll commissioned by news magazine Stern and broadcaster RTL found. Last week, before the earthquake and tsunami in Japan and the resulting nuclear crisis, the Greens polled 15 percent among Germans.

The conservative bloc – the Christian Democrats (CDU) and their Bavarian sister party, the Christian Social Union (CSU) – remained steady at 36 percent, as did the centre-left Social Democrats at 26 percent.

The hard-line socialist Left party lost one percentage point in the latest poll, with support falling to 9 percent, while the pro-business Free Democrats (FDP) also watched their popularity sink one point to 5 percent.

The new numbers would put a potential coalition with the SPD and Greens at 44 percent support, well ahead of the current governing coalition of Chancellor Angela Merkel’s conservatives and the FDP, which together garnered 41 percent of voter approval.

As six state elections approach, the shift in sentiment could prove problematic for Merkel.

The SPD already crushed her CDU in a February 20 election in the city-state of Hamburg, winning by a landslide with some 50 percent of the vote.

Meanwhile a poll last week showed that the SPD was tied for support with the socialist Left party in the state of Saxony-Anhalt, where an election will be held on March 20. This potentially opens the way for an alliance that could topple the current grand coalition between CDU and SPD.

The opposition SPD also hopes to unseat the CDU after 58 years in power in the most important upcoming election in the state of Baden-Württemberg on March 27.