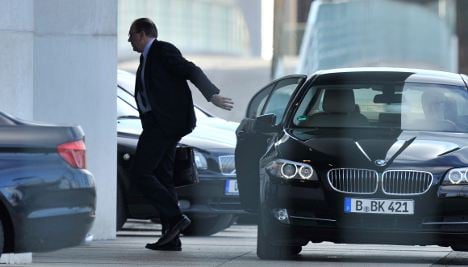 The 53-year-old Weber, seen as a hardliner on ECB policy and practice, was apparently enjoying solid odds in the race to succeed Frenchman Jean-Claude Trichet in October until now.

But he told Der Spiegel on Saturday that he had given notice to the German government back in the autumn that he had several professional options.

A meeting between him and Chancellor Angela Merkel in January meeting had only resulted in an agreement that they would talk about his potential candidature again in March.

“My decision has matured since January,” he said, adding it had been important for him that he was free to make his own decision about his future.

He said he had taken clear positions over the last 12 months that had been harshly criticised by some European governments.

“The positions may not have always been beneficial to the acceptance of my person by some governments,” he said.

Weber openly criticised the decision of the ECB council to buy government bonds on the secondary market.

As he came to the decision not to stand for the ECB job, he told his colleagues at the Bundesbank, and said he was disappointed that this had been leaked to the public.

He said once he had finished at the Bundesbank on April 30 – a year earlier than his contract stipulated – he would take some time off.

“I do not want to take on any kind of job before next year,” he said.

And as to rumours that he might take on the top position at Deutsche Bank, he said, “As long as I am in office, I do not discuss my professional future. Not with anyone.”

A successor for Weber should be named next week, with a strong candidate said to be Merkel’s economy advisor Jens Weidmann.