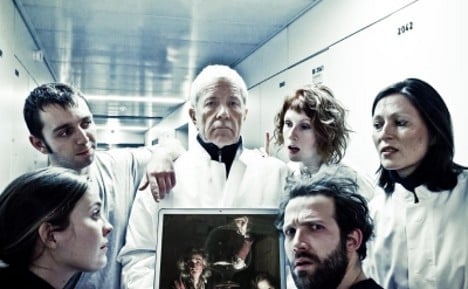 A new production of “An Experiment with an Air Pump” staged at the English Theatre in Berlin proves collaboration between the arts and sciences can thrill audiences, writes The Local’s Ruth Michaelson.

The English Theatre in Berlin will mark its 20th anniversary this year, and if the opening night of its collaboration with the city’s Free University, “An Experiment with an Air Pump” is any indication, it seems they have plenty to celebrate.

Written by Shelagh Stephenson, the play is part thriller, part philosophical discussion set on the cusp of the 18th and 20th centuries. Based around the Joseph Wright painting from 1768 which gives the play its title, the storyline centres around two sets of people living in the same house in Newcastle, 200 years apart.

Dr. Fenwick, played with comic gusto by seasoned actor Richard Penny, is a scientist who is determined to see in the new century with a passion for the new.

He lectures the two visiting scientists, Roget (the only character based on a real person, the creator of Roget’s Thesaurus, played by Lee Stripe) and the twisted physician Armstrong (Tomas Spencer), on science and social revolution while ignoring his long-suffering wife Susannah (Julie Trappett) and doting on his two daughters, Harriet and Maria (Carolyn Walsh and Elisabet Johannesdottir).

However, we soon learn that the real action stems from the well-crafted character of Isobel, played by Ciara Goss, who is the Fenwick’s servant. Seduced by Armstrong who is fascinated by her disfigured spine, the play examines the immoral implications of sourcing the earliest scientific materials.

The action flickers between 1799 and 1999, keeping the same actors but subverting their roles. As Tom (Richard Perry) and Ellen (Julie Trappett) prepare to welcome in the 21st century, they bicker over Ellen’s new contract as a controversial genetic research scientist, assisted by Ellen’s forthright colleague, Kate (Carolyn Walsh), and gruff builder Phil (Tomas Spencer). Although they strive to look to the future by debating the morality of genetics, the discovery of a skeleton in the foundations of the house makes them think reflect on the past, and leads to some testing questions about its origins.

The play itself, carefully crafted along with staff from the Free University, succeeds in drawing parallels without trying to make any finite conclusions, raising questions about ethics and science in a way that keeps the audience entertained.

“We even had to attend seminars and discussions given by some of the staff from the FU,” Johannesdottir told The Local. “The idea was to really get us to engage with the ideas that the play brings up.”

Although the theatre itself clearly operates on a relatively limited budget (at one point a passerby accidentally opened a fire door leading onto the stage), the quality of the acting, particularly from Trappett and Johannesdottir, makes up for any financial shortcomings.

The clear camaraderie of the cast members overcome any opening night nerves, and the direction of Günter Grosser allowed the play to move between moments of comedy and tragedy without seeming melodramatic.

The cooperation with the Free University clearly paid off too, as the play managed to keep the audience entertained despite the heavy subject matter. 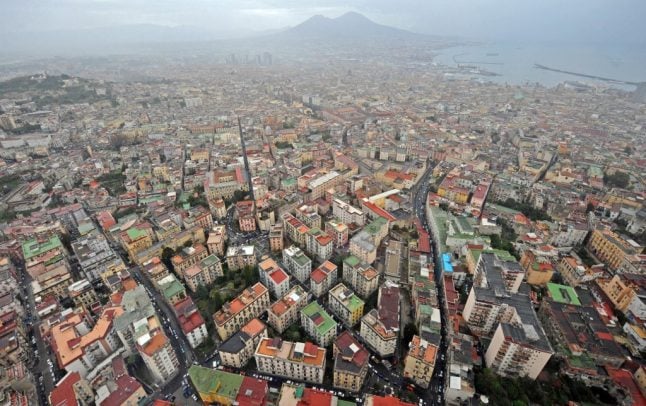 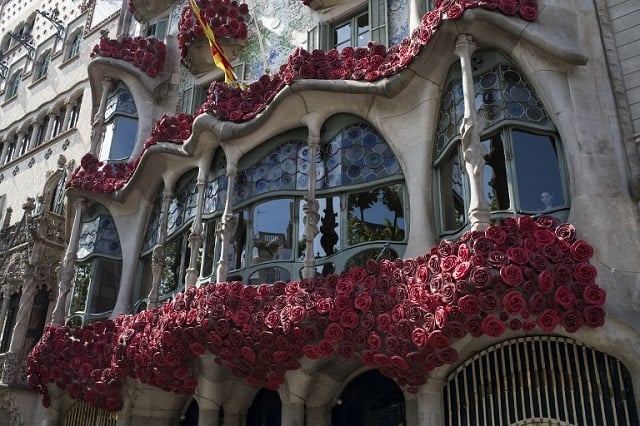 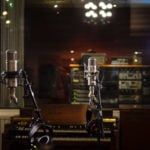