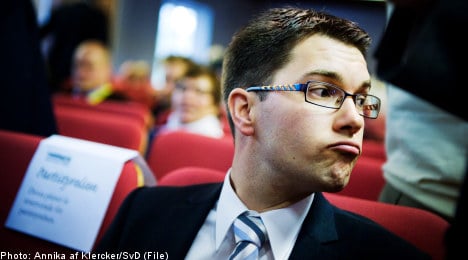 According to election authority statistics 87 SD politicians have withdrawn from their posts in Sweden’s municipalities since the election, accounting for 13 percent of the party’s representatives.

Among Sweden’s other parties the equivalent figure amounts to only 2-3 percent.

The most common reasons cited for the resignations are “lack of time” and “personal reasons”.

A former SD Eskilstuna councillor told Ekot that phone calls during the night and that “some find it hard to look you in the eyes” had an affect on his decision to resign his post.

Anders Sannerstedt, a senior lecturer in political science at Lund University however told Ekot that the phenomenon is not usual among smaller, newer parties.

“You can see this in the local parties as well, for example. We saw it very clearly with New Democracy,” he said, referring to the anti-immigrant party which was represented in Sweden’s Riksdag 1991-1994.