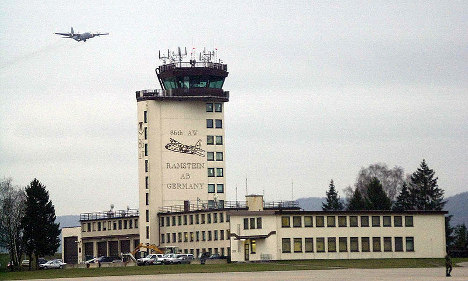 A US serviceman was found guilty Monday of second degree murder and witness tampering charges in connection with the death of army sergeant Juwan Johnson in Germany in 2005, officials said.

The Justice Department said Rico Williams, 33, a former air force senior airman, was convicted in a federal court in Washington.

According to the prosecutors, Williams was the leader of a gang called the Gangster Disciples sect, in Ramstein, Germany. Williams and others gathered in the small town of Hohenecken near the Ramstein Air Base, and killed 25-year-old Johnson in a gang initiation ceremony in July 2005.

“Evidence presented at trial showed that the defendant and others struck Johnson with their fists and kicked him,” a statement from prosecutors said.

“Johnson died the following day from blunt force trauma injuries, including haemorrhaging to the brain and heart.”

Williams later attempted to intimidate and made threats to another witness to prevent his prosecution, officials said.

Williams is the sixth person to be convicted of charges in the investigation into Johnson’s death. He faces up to life in prison.

“Gang-related violence shatters the lives of far too many Americans, including those abroad. The Justice Department is committed to ensuring that criminals who participate in such heinous acts are punished for their crimes.”