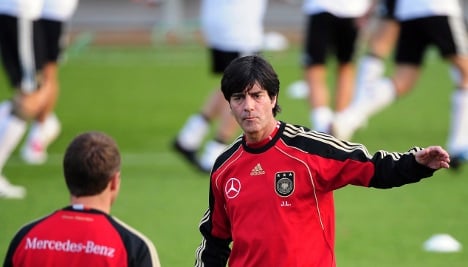 Germany coach Joachim Löw has admitted he is wary of Turkey ahead of Friday's Euro 2012 qualifier and compared Guus Hiddink's side to Bundesliga surprise package Mainz.

Mainz have shocked the German league with seven straight wins to lead the table by showing a strong team spirit and their young players like André Schürrle and Lewis Holtby are becoming household names.

Likewise, Turkey have won both of their Group A qualifiers so far, are just behind Löw’s side at the top of the table and with Dutch coach Hiddink in charge, they threaten to upset the hosts in the German capital.

“The Turks are rested, they did not play at the 2010 World Cup and have had more time for preparation. Turkey is like Mainz,” Löw told German daily Frankfurter Allgemeine Zeitung.

Germany’s World Cup stars – particularly those at defending champions Bayern Munich – are struggling for form in the Bundesliga after the national side finished third in South Africa.

“We feel that our players are still below their potential after the World Cup,” admitted Löw.

Löw will be without captain Michael Ballack and playmaker Bastian Schweinsteiger for Friday night, but says he has a good feeling about the match at Berlin’s Olympic Stadium.

“The match against Turkey is important for us, but not decisive,” said Löw. “This is only the third game of the qualifiers and teams like Belgium and Austria may yet have their say.”

Having coached Turkish sides Fenerbahce and Adanaspor, Löw knows Turkey cannot be taken lightly and they gave Germany a scare two years ago before losing 3-2 in the Euro 2008 semi-final.

“We beat them at Euro 2008, but on that day they were better than us,” admitted Löw. “This team knows how to move the ball quickly, their football is refined, they have six points, they have confidence and we will have to be at our best to beat them.”

Schweinsteiger’s place in the midfield is likely to go to Bayern team-mate Toni Kroos, the national coach said in a press conference in Berlin. The 20-year-old is set to start alongside Real Madrid’s Sami Khedira in the heart of the Germany midfield.

Having missed the Euro 2012 qualifiers against Belgium and Azerbaijan with injury, Manchester City defender Jerome Boateng is likely to start on the left side of the German defence with stand-in captain Philipp Lahm on the right.

Bremen defender Per Mertesacker should partner Bayern’s Holger Badstuber at centre-back while Mesut Özil, Lukas Podolski and Thomas Müller will lead the attack from the midfield.

Bayern striker Miroslav Klose is set to win his 104th cap, which will make him the fourth most capped German of all time, bypassing Franz Beckenbauer’s haul of 103.

Galatasaray’s Arda Turan will sit out the match after suffering a groin injury in training.