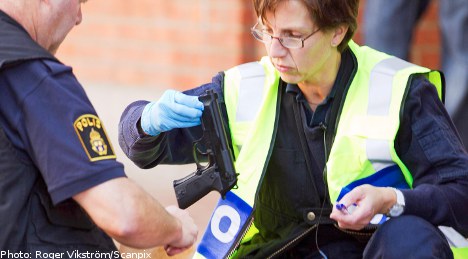 
A 19-year-old man suspected of robbing a branch of Swedbank in Huddinge in southern Stockholm on Wednesday and taking a woman hostage, was shot and wounded by police after suspicions emerged that he was carrying explosives.

Ulf Lindgren at Stockholm police confirmed that police officers had shot at the man.

“But I don’t know how many shots nor how serious his injuries are,” he said.

In a statement, the police say that the bank branch was evacuated and blocked off after the 19-year-old took a woman hostage shortly after noon.

“Because the perpetrator and the hostage were left in the building, the police’s special negotiators were called in,” the police said in a statement.

After a time, the armed man came out of the building together with the woman.

“When they came out police successfully separated the perpetrator from the hostage and in connection with the arrest a situation arose in which the police fired shots at the perpetrator, who could then be arrested,” continued the police statement.

The 19-year-old was hit in one arm and one leg and was taken to Karolinska University Hospital in Huddinge for treatment. The hospital had not issued any information regarding the man’s condition by Wednesday afternoon.

Police at first believed that the man was carrying explosives as he entered the bank, prompting them to call in bomb technicians who later determined that the item wasn’t an explosive device.

The 19-year-old first burst into the bank wearing a mask at around lunchtime on Wednesday.

He reportedly threatened staff with a item resembling a pistol. No one was physically injured in connection with robbery. 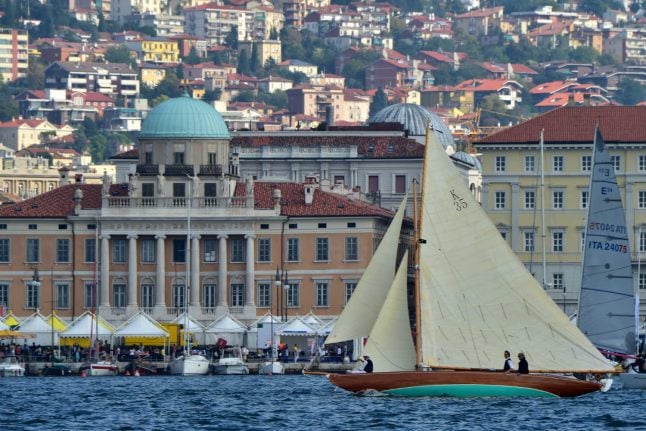 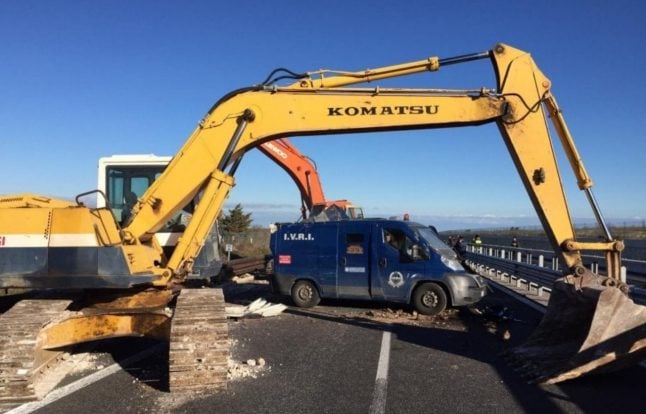