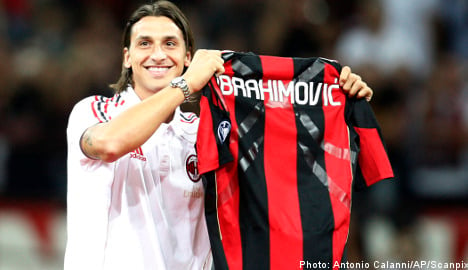 The Swede on Saturday made a shock move from Barcelona to Milan, initially on loan for a year ahead of a permanent €24 million deal.

But while Benitez acknowledged that it is a good signing for Milan, he said it would have little effect on the title race in the long run.

press-conference ahead of Monday’s trip to Bologna.

Benitez comes into the match on the back of a disappointing 2-0 defeat to Atletico Madrid in the European Supercup on Friday, a loss he blames on the Spaniards’ superior physical conditioning.

“A defeat is not positive but I’m sure we will react. We’ve lost a game and that will be a stimulus for everyone, it has to be,” he said.

“We tried to win in Monte Carlo, we’re not happy. But Atletico Madrid were training for that match for two weeks, we only arrived the day before.

“I repeat, our physical condition can’t be at its optimal level after the World Cup.”

And Benitez said it would be no surprise to see Inter struggling on Monday.

“I expect us to be prepared, we’ve trained with a lot of energy. It’s a tough league and we’re a team that, over the last few years, has always needed a bit of time (to get going).

“The first match of the season is always treacherous, we’re up against a dangerous team but in the end the most important thing will be our attitude.”

Benitez also complained that he is finding it difficult to get his players to adapt from his predecessor Jose Mourinho’s tactics to his own.

“The transition is proving complicated. I don’t want to make a revolution, we’re at the beginning of our work and those who played a lot last year have only just returned from the World Cup,” he added.

“We need to try to continue to do what we do well and learn gradually. We know that we have to work on physical and technical aspects to improve.

“But we know that right now it’s not the system that will make the difference, you win with your attitude, with character.”

But it is not just the system that Benitez wants to change, the Spaniard admitted he also wants to bring in some new players.

“Every coach would like players that he knows, I’m the coach and I’ve said what I’d like.

“Now the club will see what they can do. I speak with (Marco) Branca (the general manager) and the president (Massimo Moratti), the communication is clear.

“We’re concentrated on Bologna and Branca and the president are working on the other things.”

Benitez said he would have to do without Brazilian full-back Maicon against Bologna due to a knock to his knee.

And the Spaniard sprung to the defence of Argentina forward Diego Milito, who missed a penalty against Atletico and has come under fire in the press.

“Milito is an intelligent footballer, he knows when he’s playing well and when he’s not.”

“We lose and win all together, there’s no sense in speaking about just one player.”

Last season Inter won 3-1 away to Bologna however they started the season badly with a home draw against then newly-promoted Bari. 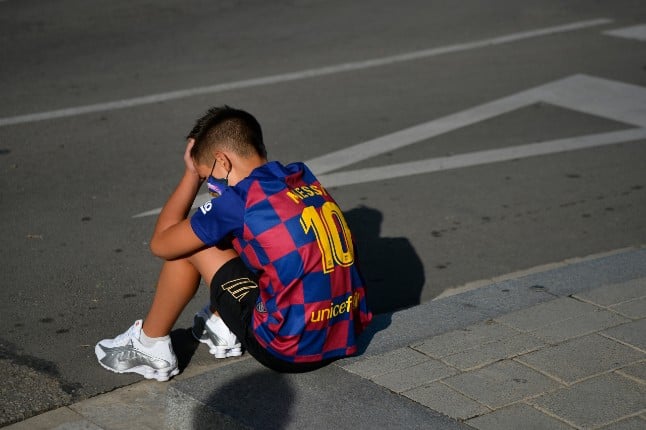 ‘Not here as a mascot’: Zlatan scores in first match at AC Milan

Italy vs Sweden: Who will host the 2026 Winter Olympics?