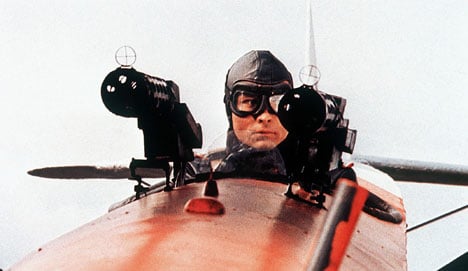 Genealogist Maciej Kowalski came across it in the archives of the town of Ostrow Wielkopolski, which was the base of his regiment and his last official address, the paper said.

Richthofen, a Prussian aristocrat dubbed the Red Baron from the favourite colour of his aircraft, was born in what is now Wroclaw in Poland, formerly Breslau, in 1892.

After scoring victories over 80 allied aircraft during the war, he was finally downed near Vaux-sur-Somme on April 21, 1918, though arguments still rage as to whether he was hit by ground fire or shot down by Canadian pilot Roy Brown.

Richthofen was buried in a local cemetery with full military honours by British and Australian troops, but his body was later moved to the family vault at Wiesbaden in Germany.