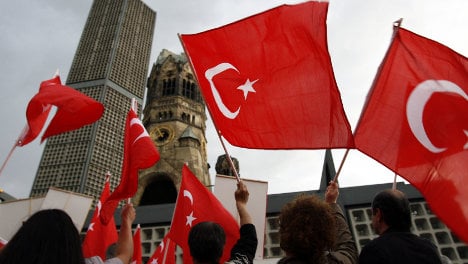 Forty-five percent of the Turks surveyed said that they feel unwelcome in Germany. But an overwhelming 82 percent said their host should do more to aid their integration.

The study said Turks were already engaged in many aspects of German society such working, paying taxes and being able to afford consumer goods such as cars. But mentally, there was still a huge gulf between Turks and their host country.

“This is a group of people who are deeply committed to their cultural and religious roots and Turkish values,” the study said. “And they are not fundamentally prepared to give them up.”

A damning report published in February found that although many Turks have been in Germany for nearly 50 years they are the least well integrated of all immigrant communities.

Other recent surveys have shown that they are more likely to leave school without qualifications than the overall population, more likely to be unemployed and below the poverty line.

This latest survey was carried out by research institutes Info GmbH and Antalya-based Liljeberg Research International. Around 1,000 Germans, people in Germany with Turkish roots and Turks in Turkey took part in the survey.