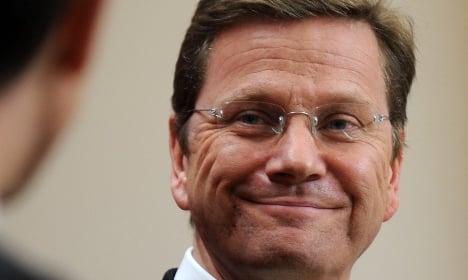 In an opinion article written for daily Bild, Erika Steinbach, the controversial president of the Federation of Expellees (BdV) accused Foreign Minister Guido Westerwelle of trying to “buy the confidence” of neighbouring countries.

The comments mark a dramatic escalation of the wrangling between the pair, after Westerwelle voiced his opposition to Steinbach’s participation in a foundation for war expulsions during his inaugural visit to Poland two weeks ago.

Steinbach is viewed with suspicion in Poland and other European countries because of her vigorous championing of the rights of the estimated 13 million Germans displaced in Eastern Europe after the war.

But Steinbach hit back, writing: “You would not deal with the rights of churches, unions or other victims associations in such a way. So the BdV won’t put up with it either.”

Steinbach added that there was a lack of “humanitarian sympathy in German politics” to the woes of the expellees. There was often greater sympathy in the local communities of the affected countries, she wrote.

It was “the job of the new foreign minister to set the course (of German foreign policy), instead of trying to buy the confidence of neighbouring countries through sacrificial offerings of one’s own citizens or organisations,” she wrote.

The CDU’s Bavarian sister party, the Christian Social Union, also attacked Westerwelle. Hans-Peter Friedrich, the CSU’s leader in the Bundestag told the Hamburger Abendblatt: “It is regrettable that Guido Westerwelle, in the best tradition of the (centre-left Social Democrats), is trying to raise his profile at the expense of the expellees.”