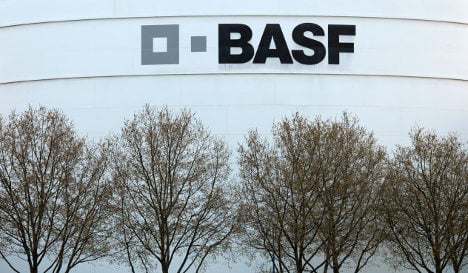 
German chemical giant BASF reported on Thursday a sharp drop in third quarter net profit, but said it had begun to gain ground in a recovery that it warned would be slow and uneven.

The world’s largest chemical company said net profit plunged 68.7 percent from the same period a year earlier to €237 million owing to costs stemming from the integration of the Swiss company Ciba.

“Overall, there is much to suggest that the worst is behind us. After a steep plunge, we are now climbing gradually out of the trough,” BASF chairman Jürgen Hambrecht said in the statement.

“The recovery will be slow and uneven,” he added.

The company said customers appeared to be replenishing their stocks but that they were “still placing smaller orders at increasingly short notice, especially closer to the end of the year.”

Meanwhile, BASF continued with the integration of Ciba, a specialty chemicals company that the German group bought last year, saying it “is making rapid progress and faster than planned in some areas.”

That also meant, however, “that a larger proportion of the related costs will be incurred in 2009,” and BASF expected them to amount to more than €800 million.

Looking ahead, the group said it “anticipates a significant decline in sales and earnings for the full year 2009.”

The higher costs of integrating Ciba meant that “BASF is therefore unlikely to reach its goal of earning its cost of capital this year,” Hambrecht said.

A breakdown of the figures showed that sales fell in both the key chemical and plastics units but that earnings were higher than in the third quarter of 2008 owing to the company’s “value over volume” pricing strategy.

BASF shares plunged 4.0 percent to €35.52 in early trading on the Frankfurt stock exchange while the DAX index of leading shares was 0.46 percent lower overall.