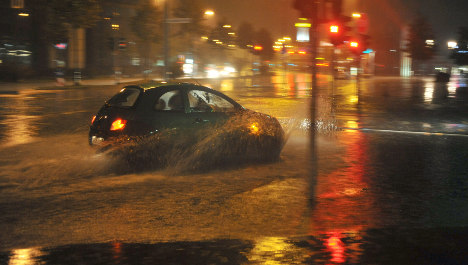 The Ruhr Valley and Ostwestfalen regions in North Rhine-Westphalia were the hardest hit. Meteorologists from the German Weather Service in Offenbach estimated that 57 litres of water per square metre fell in just six hours in the state.

Meanwhile southern Hannover saw 50 litres per square metre in just 15 minutes, during and after which officials fielded some 23 emergency calls, a fire department spokesperson said. Streets were flooded for several hours and many properties sustained heavy water damage.

Authorities in both states reported that most flooded streets had been opened again in time for morning commuter traffic, and meteorologists said the weather pattern had weakened. But southern regions of the country may see the tail end of the violent storms over the course of Thursday, they warned.