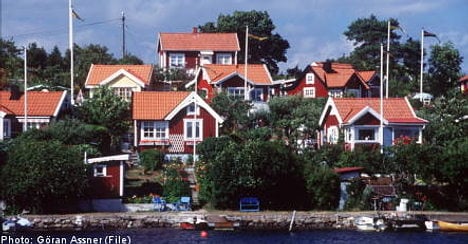 The number of homeowners who had been reported to Sweden’s Enforcement Agency (Kronofogden) due to delinquent debt payments rose by nearly 13 percent in September compared to the same month last year, Sveriges Television (SVT) reports.

The findings, taken from a report by the Soliditet, a credit information company, also show that the number of indebted Swedes registered with the agency continues to rise.

“Now we’re in a situation with historically low interest rates. The question is what happens in a situation when rates move up and unemployment continues to rise. Our assessment is that people who own property are going to have more difficulties paying their debts in the future,” Soliditet vice president Jonas Åkerman told SVT.

In September, around 363,000 people were registered with the company as having unpaid debts, an increase of 4.2 percent compared with September 2008.

Wondering how to sell your property in the current market, what fees you will have to budget for or how to prep your apartment for sale? Look no further.

How do I buy an apartment in Sweden? What vocab do I need to know? Is now even the right time to buy? Read the answers to those questions here.

Here are a couple of articles on mortgages in Sweden:

How can you avoid long waits for rental apartments? Should I buy or rent? How do I join the housing queue? Find out in this section.

Here are our articles on your rights when renting in Sweden.

Wondering about the rules for buying a summer house, or what a kolonilott is? Find out here.