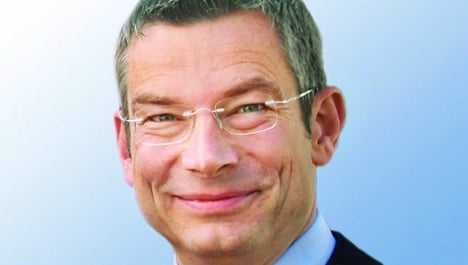 
German President Horst Köhler has posthumously awarded the Federal Cross of Merit to Dominik Brunner, the man who was beaten to death at a Munich S-Bahn stop while trying to protect a group of children from bullies.

The president gave the medal to Brunner’s parents on Saturday, his spokesperson Martin Kothéam announced on Sunday.

Brunner, 50, died after a brutal attack by two teenagers, Markus S. and Sebastian L., at the Solln station. The two young men have been charged with murder.

Police said that they had been threatening and demanding money from a group of younger teenagers at an S-Bahn station before following them onto a train, where Brunner intervened.

He called police on his mobile phone and offered to leave the train with the children to make sure they were safe. But after they disembarked, Markus S. and Sebastian L. followed Brunner and attacked him. They hit and kicked him some 22 times within just a few minutes. The children who had exited the train with the man attempted to stop the attackers unsuccessfully, according to state prosecutors.

He died of his injuries in a nearby hospital a few hours later.

“The president sees the award as a sign of gratitude from all people in Germany for the humanity, readiness to help and civil courage that Dominik Brunner selflessly showed when he realised others were in distress,” a statement from Köhler’s office said.