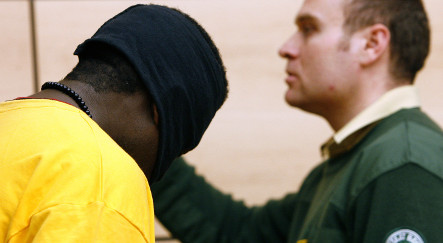 
An HIV-positive man was sentenced on Wednesday to eight years in prison after having unprotected sex with three women, including a 13-year-old girl.

The 41-year-old, identified as Kennedy O., was found guilty of eight counts of attempted assault and the sexual abuse of a 13-year-old-girl after he slept with her and two girlfriends – a housewife and a hairdresser – without disclosing he had the virus that can cause AIDS. None are known to be infected.

The eight-year sentence was added on to a five-and-a-half-year sentence the Kenyan man, who works as a DJ, has been serving for having unprotected sex with seven other women, none of whom he told about his illness, since 2007. Two of those women were infected.

“He knew of his illness but did not acknowledge it,” said the main judge presiding over the trial in a Würzburg, Bavaria, district court. “The accused made victims of his intimate partners without scruples.”

Prosecutors requested the man be imprisoned for a further 10 years, while the defense asked for six-and-a-half years.

Court reports said Kennedy O. showed regret during the sentencing hearing, at which he said he never meant to harm anyone through his actions. He has vowed to never have sex without a condom again.