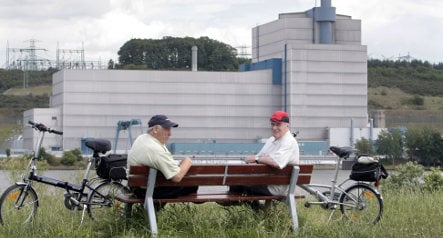 Vattenfall said in a statement that Saturday’s shutdown at the Krümmel station near Hamburg was caused by a short circuit in one of the plant’s transformers and that two machine transformers were being replaced.

It was the second such incident in four days at the plant, which had only re-opened a week earlier after two years of repairs following a failure in a transformer that had caused a fire and a shutdown.

“At the moment it looks as if the new transformers will be ready in April or May next year,” a Vattenfall spokeswoman said on Tuesday.

The incidents added further fuel to the debate about nuclear power, with politicians from the Social Democrats – junior partners in the governing coalition – and the Greens calling on consumers to boycott Vattenfall.

Germany decided in 2000 under then chancellor Gerhard Schröder to mothball its 17 reactors by about 2020, and nuclear power remains highly unpopular with transports of radioactive waste regularly attracting large protests.

Chancellor Angela Merkel’s conservatives are keen on extending the life of some nuclear power stations, however, because they say it will help Germany meet its climate change goals and reduce dependence on oil and gas imports.

PARTNER CONTENT
How not to get shocked by your next German electricity bill
Url copied to clipboard!