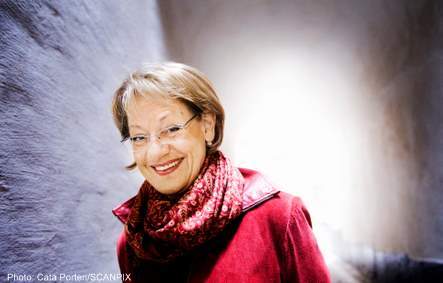 Schyman has previously taken offence at the fact that ballots for FI were not available at all polling stations. And she claims that Andersson wants to spend his money to bring attention to the technical issues related to voting.

“This is not a contribution to an electoral campaign,” Schyman told Sveriges Televisions (SVT).

“It is the question of democracy that is important here.”

Anderson confirmed the news in a statement of his own.

“Because I sympathize with Gudrun Schyman’s persistent struggle for equal treatment, I offered to try and help by providing financial support for an advertisement that explains what to do when the pre-printed ballots are missing.”

On Friday, Schyman published full-spread advertisements in several Swedish newspapers. But Andersson also supports Schyman’s politics and would like to see her gain a seat in the EU Parliament.

Sweden has a lot to be proud of, he wrote, referring to the right of common access (allemansrätt), a high standard of living, top athletes and “more than one exemplary politician.”

“Schyman belongs to that category. I am convinced that she will make a difference if she is elected to the EU Parliament and not just in terms equality issues,” the former Abba star continued.

A survey done by SVT shows that every tenth candidate running for a seat in the EU Parliament has accepted donations from non-party sources.

The poll included candidates from the seven parties represented in the Riksdag, as well as those from the Pirate Party, the June List Party and the Sweden Democrats.

Organizations, companies, associations and private individuals have all opened their wallets in support of political candidates.

Following Schyman, the candidate who has received the most campaign assistance is Alf Svensson of the Christian Democrats.