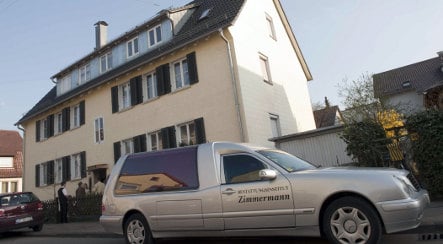 
The teenager whose entire family was found shot dead in their home on Friday was detained on Saturday evening, suspected of killing them with his friend.

The 18-year-old himself went to the police on Friday to report having found his mother, father and two adult sisters dead in their house in Eislingen, Baden-Württemberg.

Although police initially described the killings as mysterious and that they were not ruling out the involvement of an outside party, they soon focussed on the son of the family.

He had told them he had spent Thursday night at the house of a friend and returned home on Friday to find his family murdered.

But police spokesman Rudi Bauer said there were no signs of a break-in at the house where the four were killed – and that nothing had been stolen.

The teenager was also “very taciturn and withdrawn” during questioning, Bauer added.

He is a member of the local shooting club, although does not have a licensed weapon. The small-calibre handgun used to kill the family has not yet been found.

He and his 19-year-old friend were brought before a judge in Ulm on Saturday evening, who decided to detain them in investigative custody while investigations continue.