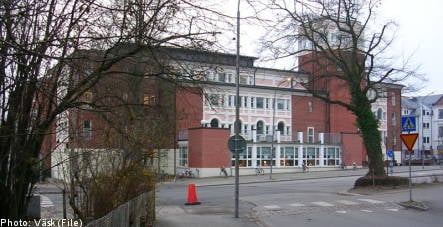 The night following Wednesday’s school shooting in Germany, police in Lund received a tip about a threat on the internet chat site 4chan.org.

It featured a boy posing with a weapon-like object. The text, which also referred to the German school massacre, explained that the Spyken high school in Lund would never be the same.

On Thursday morning, Swedish police took the 17-year-old boy featured in the threat in for questioning.

He told police he didn’t know that the photo had been used in the context of a threat.

Later on Thursday, another boy turned himself in to authorities. He was released after being questioned.

It’s doubtful whether the second boy can be considered to have made a legitimate threat, according to public prosecutor Maja Källén.

“At the top of the page where he wrote this stood something along the lines of ‘everything on this page is a joke and anyone who believes it is an idiot’,” she said.

The number of threats of violence against schools increases following every school shooting, internet surveillance expert Anders Ahlqvist with the Swedish National Police Board (Rikspolisstyrelsen) told the TT news agency.

Since last year’s shooting in Finland, he’s heard of around 15 threats against schools in Sweden which have prompted police intervention.

“We are completely dependent on the public to be observant about this and tell us when a threat is discovered,” said Ahlqvist.

Ahlqvist added, however, that it’s important to pass along detailed information.

“There’s no point in calling the police and saying you seen some clip on YouTube. You have to be thorough enough to figure out exactly where you see it, the search terms, etc,” he said. 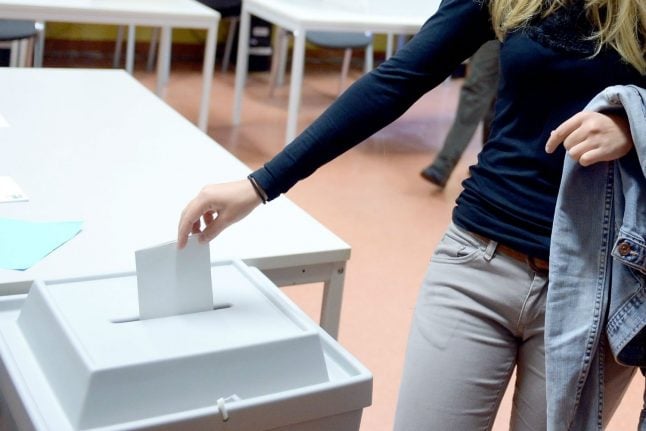 Archive photo shows a 16-year-old voting in Falkensee, Brandenburg, where she already qualifies to vote in state elections. Photo: DPA

“I’m convinced that 16-year-olds are comfortably in the position to vote responsibly,” Family and Youth Minister Franziska Giffey of the centre-left Social Democrats (SDP) told DPA. “We should give them the possibility.”

The SPD is calling for the lowering of voting age to 16 years for all local, state, federal, and European elections, Esken told DPA.

READ ALSO: Facts and figures about Germany as the country goes to the polls

“We must give young people the opportunity to participate and help shape the future.”

Habeck of the Greens said: “We live in a time where the maturity of the young generation begins much earlier. It would be nice if the legislature could see that and follow suit.”

Sixteen-year-olds are no less interested and informed than 18-year-olds, said Left leader Kipping. “It's high time to let young people aged 16 and over have a say.”

Too young to vote?

Markus Blume, Secretary General of the CSU, the conservative Bavarian-sister party of Angela Merkel's Christian Democrats, however, was sceptical. “It has proven to be a good idea to link voting rights and age of consent,” he told the DPA.

Full criminal responsibility, possession of a driving licence and other rights and obligations were linked to turning 18.

“This is also the right standard for the right to vote as the supreme right in a democracy,” said Blume.

“Young people today are more committed than they have been in a long time,” he added. “The climate movement has shown that political participation is possible in many ways without having to change the electoral law.

50 years ago, on July 31st 1970, an amendment to the Basic Law came into force that lowered the voting age for federal elections by three years.

Since then, Article 38 has stated: “Whoever reaches the age of 18 is entitled to vote (…).”. This step was announced by SPD Chancellor Willy Brandt in the 1969 government declaration when he took office under the heading “Dare more democracy” (“Mehr Demokratie wagen”)

“Young people want to have a say, be involved and shape things themselves. That is good and stimulates the debates in our country”, said Giffey. “Their views on political and social developments must be taken seriously and taken into account.” Young Friday for Future demonstrators in Frankfurt in 2019. Photo: DPA

Habeck said that the voting age of 16 should, if possible, already apply to the 2021 federal election, when Chancellor Angela Merkel is slated to step down from her position after 16 years.

This is already possible in many local and state elections, he pointed out.

“In this way many young people will be involved at an early stage in the democratic decision-making process,” said Habeck. “It's time to do the same at the federal level.”

Otherwise there is a risk of excluding important parts of society from the political decision-making processes that will determine their future, Esken said.

“The questions of climate policy, overcoming the consequences of the coronavirus pandemic, our family policy or even the future of our working world must be answered together with young people.

The youth wing of the FDP, the Young Liberals  now also want to take the next step: “It’s overdue that the voting age is reviewed and lowered to at least 16,” said chairwoman Ria Schröder to DPA.

She criticised the “very great lack of generational equity in political decisions”, saying that “so far there has been no interest at all in politics in offering young people good deals, because they are simply not that relevant to the election decision.”

How could elections change if younger people could vote?

The election researcher Matthias Jung believes that younger people would participate in the decision-making process if they could.

“We can see that there is a kind of curiosity effect when people are allowed to vote for the first time, regardless of their age,” said the chairman of the Elections Research Group.

“Twenty or 30 years ago we already had the effect that first-time voters were a bit more likely to vote.”

“This attractiveness effect would certainly be brought forward a little if the voting age were lowered to 16 years,” said Jung.

In the study “Voting at 16?” published on Thursday by the Otto Brenner Foundation, political scientists Thorsten Faas and Arndt Leininger of Freie Universität Berlin came to the conclusion that there is “little to argue against lowering the voting age”.

The authors have examined the 2019 elections for the eastern German states of Brandenburg, where 16- and 17- year olds could vote, and Saxony, where they couldn't yet.

Yet there was a catch. They found that, although a lower voting age makes it possible to bring young people into contact with politics at home or at school, it is mainly “in privileged domestic or school contexts”.

People must therefore be careful that lowering the voting age does not increase the social inequality of voter participation, the authors concluded.