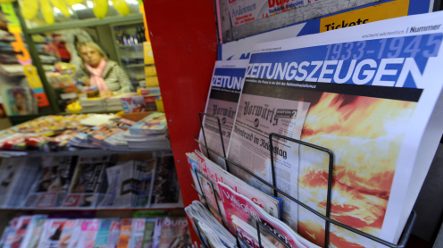 The German Jewish Council has said it supports the state of Bavaria’s choice to take legal action against Zeitungszeugen, a publication which reproduces original newspapers from the Third Reich.

The Bavarian Finance Ministry announced last week it was the owner of the rights over the original Nazi publishing house Eher and demanded the publishers stop producing the paper and withdraw the first edition, which included a reproduction of the Goebbels’ newspaper Der Angriff or “The Attack” from 1933.

The second edition, released on Thursday, included a reproduction of the Völkischer Beobachter or “People’s Observer” – a Nazi paper which also belonged to the Eher publishing house.

“Political education does not look like this,” Stephan Kramer, general secretary of the German Jewish Council, said in a statement. “Furthermore, one can’t resist the suspicion that the ‘Hitler sells’ method has been irresponsibly given precedence above well-grounded explanation for commercial interest.”

Zeitungszeugen – or Newspaper Witnesses – includes three to four original newspaper sections from 1933-1945 sandwiched between commentary and analysis from a team of experts, and sells for €3.90.

British publisher Peter McGee told The Local in early January that because he knew the project was “sensitive,” he chose the country’s best historians to steer the publication. He called the project a platform for public debate – which is certainly what he got.

“The question of whether – in light of the latest polls about right-wing extremism that show the number of related crimes reached a new high last year – this is what Germany needs,” Kramer said, calling the paper “examples for burgeoning Nazis at every newspaper kiosk.”

But the magazine’s staff said they would fight the ban, calling it an attack on press freedom.

Last week, publisher McGee said copyright ownership of the papers was not as clear as many had thought. “We will let this be decided in court,” he said.

After the war, the US military government gave the Bavarian state government copyrights for Nazi party company products, including Hitler’s “Mein Kampf.” It was also given the explicit responsibility to prevent the further propagation of Nazi propaganda. 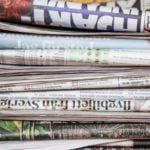