The Sandvik engineering group announced on Thursday it would be laying off more than 1,000 employees in Sweden.

The town of Sandviken in central Sweden will be hardest hit, with 900 positions within the Sandvik Materials Technology group to be made redundant.

A further 140 jobs are to be eliminated in Hallstahammar, about 130 kilometres west of Stockholm.

“The global market trend is currently very weak. The decline described in conjunction with the report for the third quarter has deteriorated significantly in several segments, primarily relating to the automotive and engineering industries,” said Sandvik CEO Lars Pettersson in a statement, adding that the company had not ruled out additional cuts in the future.

The cuts make up the bulk of a broader downsizing which will see a total of 1,500 full time jobs within Sandvik Materials Technology and 600 temporary contracts within Sandvik Mining and Construction eliminated worldwide.

The cuts come on top of the company’s earlier announced plans to cut staff levels by 380 positions in an effort to raise productivity.

The layoffs are expected to be completed during the first half of 2009.

Sandvik Tooling will also reduce production in the fourth quarter by implementing flexible working hours and temporary plant shut downs in Sweden and other countries, and will also eliminate nearly 300 temporary positions within the company.

Unemployment in France falls slightly despite the lockdown

Today in Austria: A round-up of the latest news on Friday 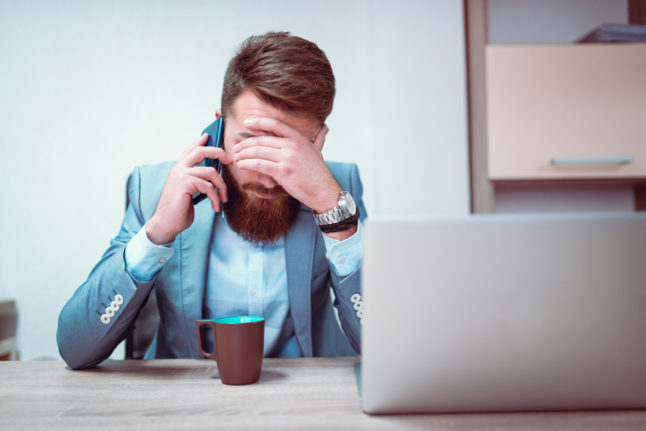 Lost your job in Germany? Here’s how to pick yourself up and get paid what you’re owed.

Unemployment in Spain hits four million for first time since 2016

Jobs in Switzerland: Which sectors have been hit hardest by the coronavirus pandemic?