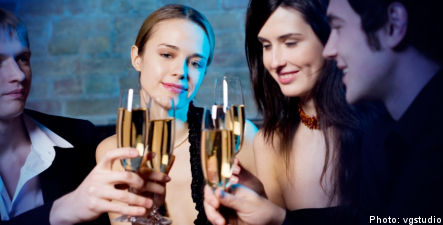 
When it comes to wine drinking, it's high time for Swedes to shed their Baltic superabundance in favour of more Mediterranean moderation, argues Mark Majzner.

Do you drink wine? This summer I have been asking this innocuous question to many people I have never met before. Except for the elderly gentleman who answered yes, two bottles per day, most people interpreted the question as though I had asked “do you take drugs”.

Swedes have a strange relationship with alcohol and despite the fast growing interest in food and wine, there is still a reluctance to openly admit that they embrace this healthy Mediterranean cultural trait.

Do you appreciate wine? A rephrasing of the first question provoked a very different response and the vast majority of people happily responded yes. So wine is to be appreciated, not drunk? The difference in the way these two questions are perceived goes to the heart of Swedes’ conflicting relationship with alcohol.

Another example is the “plastic bag of shame” that almost every Swede carries home clinking on a Thursday or Friday afternoon with their alcohol purchases from the local monopoly store. Drinking alcohol is something to be ashamed of.

Armed with chilled bottles of crisp Tasmanian Sauvignon Blanc and robust Aussie Shiraz I used the round of summer parties we had been invited to to better understand the Swedish relationship with alcohol.

Alcohol played a large role in all the parties we attended, as it does in most countries, particularly in my birth country Australia. At the beginning of each party the differences between Aussie and Swedish parties were great.

At Australian parties the men gather around the BBQ and beer keg talking about cricket while the women prepare the salads and keep an eye on the raucous kids in the swimming pool. In Sweden the well-behaved guests talk quietly about their DIY summerhouse improvement plans and sip cold beers or glasses of wine from the well stocked bar.

It is only when the Norrlands Guld (a popular beer) slogan takes effect – “If you want to be yourself for a while” – that the differences between Australian and Swedish parties narrows.

Everyone comes to the Swedish summer party wearing a mask of Scandinavian self-control and reservedness. One can not admit to drinking but knows that the secret to discovering your true self and have a great time at the party requires the mask of reservation to come off –and thank Bacchus for the alcohol!

With the masks removed people can start acting more like laid-back Australians and we had some fantastic parties that showed the best of Swedish hospitality, warmth and friendship.

To understand the peculiar nature of Swedes’ relationship with alcohol is a difficult task that requires a knowledge of Swedish social history going back several hundred years. However, for over 50 years, the government monopoly on the sale of alcohol has been the main weapon to mitigate the prevalence and effects of alcoholism.

The monopoly stores have the dual responsibility of selling, and at the same time discouraging the consumption of their products. One tool used is to make the shopping experience as difficult as possible. Although there should never be any tolerance for driving under the influence of alcohol, there is a similar intolerance of alcohol itself in politics and public health policy that tries to portray anything to do with alcohol as shameful and irresponsible.

Perhaps what is needed is an introduction of the Swedish concept “lagom” (just right) to the area of alcohol consumption. In Australia in the 1980s the government ran a highly successful public health campaign called “Life – be in it”, encouraging Aussies to turn off the TV, get off the sofa and get out and swim, jog, throw a ball or go for a walk. The Swedish government should promote a responsible drinking campaign taking advantage of the increased interest in cooking, food and quality wine (“Wine – draw the line”?).

It is in society’s best interests to move to a Mediterranean wine and food culture and away from the drinking-to-get-drunk culture. Recognition and encouragement of this in public health policy would be a step in the right direction.

Mark Majzner is an Australian and the founder of Antipodes Premium Wines, a partner of The Local, which operates wine clubs including Australian Wine Club and Fine Wine Society.

‘Third of French wine production lost’ due to cold snap 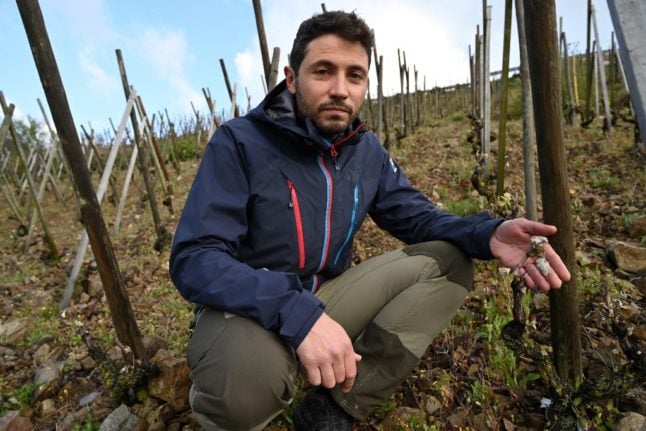