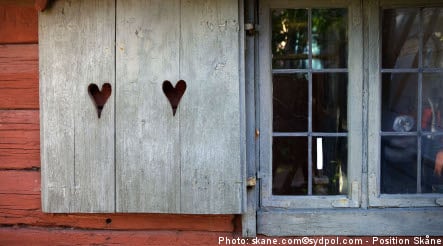 In a country replete with esteemed institutions of higher learning, nowhere is the pursuit of knowledge more ardent than in Lund, home to Sweden’s second oldest university.

Officially founded in 1666 as the Regia Academia Carolina (yet another place named after King Carl the Somethingth), it was also called Academia Conciliatrix, a name honouring the idea of easing the integration of the lands of Skåne acquired from Denmark (read: get the Scanians accustomed to Swedish control).

The university’s foundation had been based on a monastic school in existence in Lund from the 15th century, indicative of the city’s traditional role as a spiritual and educational centre in the Skåne region.

Today’s Lunds Universitet is the largest institution of higher learning in the Nordic countries and remains one of Sweden’s premier educational institutions, offering an array of courses covering almost the entire spectrum of education from Ache to Zit. The university’s 250 departments and sections function on an annual budget of 3 billion kronor ($455 million), which nearly equals Ingvar Kamprad’s monthly salary.

For those familiar with the British or US-style university campus, with buildings spread over a large area dotted poetically with trees, flowers, and fountains to inspire the inner spirit of students, professors, and cafeteria workers alike, Lunds Universitet’s grounds will look comfortably recognizable. An amalgam of buildings both historical and modern, the university has the feel of a village raised organically to become a strapping nature-boy of knowledge.

Many of the aesthetically pleasing buildings, including the innovatively named University Building (how did they think of that?), were designed by one Helgo Zettervall, the man behind the two-decades-long renovation of Lund Cathedral.

Zettervall’s overactive mind must have become bored waiting around for the cathedral to be finished, so—thankfully—he took on other projects around town as creative outlets for his imagination. He laid out the Universitetsplatsen (almost equivalent to ‘The Quadrangle’) on which the University Building sits, with the intention of creating a harmonious balance of buildings despite the elimination of a harmonious balance of old-growth trees and other vegetation in the process. Helgo, shame on you—but thanks for the pretty edifices you left us.

The Lundagård House, by the way, did not stem from Helgo’s Erector set; it was in fact completed in 1584 as a residence for Denmark’s King Fredrik II; the slope of the lower floors of the tower have earned it the moniker, The Leaning Tower Of Lund.

The university grounds are also home to a liberal sprinkling of statuary honouring various academics who made important contributions to Lunds Universitet, including the poet Esaias Tegnér, whose glorious representation was the first public statue erected in the Lund.

There are other human creations on the university grounds that predate all these buildings, however. From Lundagård House, one can take the Philosopher’s Path to Lundagård Park, where six runic stones gathered from across Skåne lay in repose.

They present thousand-year-old Viking messages to all who stop to read them; most just say for whom they were constructed, but the Gårdstånga Stone #1 mentions the raiding skills of the young men who marauded ships. Those naughty Viking boys were hard to keep down even then.

Many people are unaware of Lunds Universitet’s programmes in English: specifically, the English-language Magisterexamen (Master’s) programmes. There are more than a dozen post-graduate degree courses offered in English at Lunds Universitet, ranging from the expected Masters in European Affairs and Masters of Public Health to the less conventional Masters in Water Resources and the internet-based Masters in Geographical Information Systems.

Needless to say, competition for entry into the programmes is fierce, with applicants from around the world vying for a limited number of vacancies in each discipline. This competition, however, makes for a highly qualified and interesting student body for those who are accepted.

The university, by the way, offers more than classes for students. Anyone can come away with a bit of enlightenment, even after just an hour or two. LU oversees Lund’s Museum of Classical Antiquity, Museum of Sketches, Historical Museum, Zoological Museum (including one of the oldest insect collections in the world—take your ant Betsy along), and Botanical Gardens. Lund Cathedral’s museum is also run by the university, and the university’s planetarium is open to the public for shows every day in summer and other times throughout the year by appointment.

Lund is one of those towns where the synergy works well. A small but well-educated population close to a large city, close to an even larger city and its international airport across the sound, well connected to the rest of the country—seems like an ideal environment to pursue studies or students with equal ardour.

Though the university dominates town life, there is in fact more to Lund than academics. The cathedral is one of the country’s most impressive; it was consecrated way back in 1145. Lunds Konsthall is apt to attract a top exhibit, and the many social scenes around town lend themselves to easy conversation among friends.

With thousands of students composing a substantial portion of the population, the general feeling is laidback and happy, and Ebbas Skafferi is the kind of place that attracts the young and optimistic for a cup of organic coffee or homemade bread. Cosy and eclectic are two words that come to mind in describing this Heritage-protected ‘pantry’. The menu includes lots of options for the dietarily restricted among us. 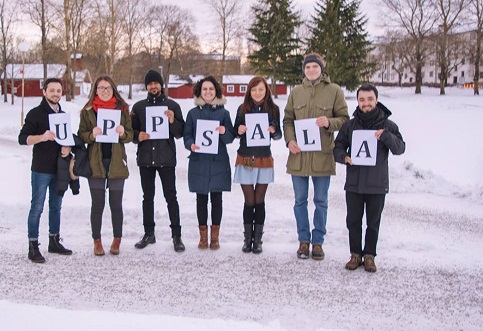