Career training for the jobless is the most effective measure for creating jobs in the eyes of most Swedes, a new study has found.

The results of the study, conducted by the Sifo polling company, also show that few Swedes believe lowering the income replacement levels provided by unemployment insurance (a-kassa) is an effective way to get more people working.

Over half of those polled responded that career training for the unemployed and education programs for jobs which currently lack sufficient numbers of qualified applicants are the most important measures.

Also high on the list was collaboration between politicians, employers, and venture capital funding for small companies.

However, Swedes expressed less confidence for several of the measures featured in the government’s current pro-work policies.

Barely one in ten respondents believes that reducing unemployment benefits will create more jobs. Even fewer think that tax rebates for household services, the scrapping of the wealth tax, or higher fees for unemployment insurance are measures which will increase employment.

The study, the results of which were published in both the Svenska Dagbladet and Dagens Nyheter newspapers, was commissioned by the Social Democrats ahead of the party’s conference on labour policy.

Q&A: What help is available for startups and freelancers in Sweden affected by the coronavirus?

My Swedish job has been affected by the coronavirus crisis. What should I do now?

Volvo suspends car production in Europe and the US 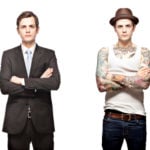 Think management is boring? How this business school is proving you wrong