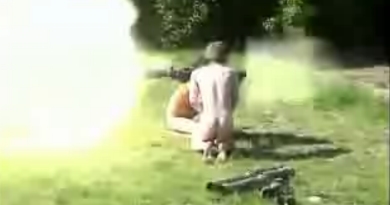 The leader of the exercise, which took place in 2004 and involved soldiers from the Amf 1 amphibious unit based in Vaxholm outside of Stockholm, was told by Corneliusson to destroy a film of the shooting, according to the Dagens Nyheter (DN) newspaper.

When the film was shown by Svergies Television’s investigative news program Uppdrag Granskning in May of 2006, it generated a great deal of controversy.

The film shows a group of conscripts from Amf 1 shooting a shoulder-fired mortar wearing only helmets, and generated concern about a lack of security within the unit.

But of the Corneliusson, who was in charge of the unit at the time, had had his way, the film never would have been made public.

According to DN, Corneliusson had requested that the leader of the exercise destroy the film during a discussion between the two following the incident.

He also failed to report the shooting as a workplace incident, according to the newspaper, which reviewed reports from the unit.

Commander Christer Olofsson, who conducted the military’s own investigation into the naked artillery firing, was critical of the unit’s leadership for not reacting immediately following the incident.

Corneliusson is currently under indictment for workplace crimes in connection with a combat patrol boat accident near the island of Sollenkroka in Stockholm’s archipelago in which two conscripts lost their lives.

The boating accident took place about one week following the naked shooting incident. A judgment in the case is expected to be handed down on May 27th.

To see the film in question, visit The Local’s blog post.