Subsidies for former communist east Germany will continue past their 2009 expiration date, the German government announced on Wednesday amid disagreements about how large the payments should be.

Former Tottenham Hotspur manager Martin Jol has been named as the new coach of Bundesliga side Hamburg SV, according to reports in the German media on Wednesday.

A king claims to be threatened by a prince in what has become a new legal battle royal between two Swedish candy companies. 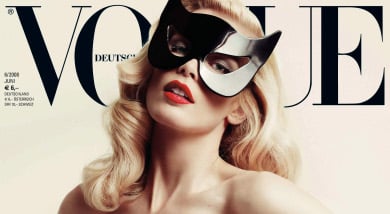 Sex, according to the current edition of German Vogue, is retired supermodel Claudia Schiffer - pictured topless for an issue dedicated to fashion photographer Mario Testino's depiction of eroticism. 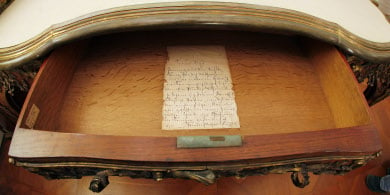 Potsdam might be a popular tourist destination on the outskirts of Berlin, but Daniel Miller discovers there’s more to Brandenburg’s quirky capital than just palaces and parks.

Using a hidden mobile phone placed under the bed of his ex-girlfriend, a Swedish man had his suspicions confirmed.

A professional Angela Merkel impersonator is looking for her own place in the political spotlight in the northern German city of Lübeck.

Berlin has designated Development Minister Heidemarie Wieczorek-Zeul to meet the Dalai Lama on behalf of the government during his upcoming visit to Germany, a spokesman said Wednesday.

Swedish telecom giant Ericsson has promised swift action after revelations of dangerous working conditions and child labour at factories operated by its suppliers in Bangladesh.

A lawsuit filed by Fortune Brands against Vin & Sprit may delay the sale of the Swedish drinks group to France’s Pernod Richard, writes the Svenska Dagbladet newspaper.

Germany's domestic intelligence agency will reportedly warn against communist extremist infiltration of the hard-line socialist Left party, in an official report to be presented on Thursday.

With a large majority Sweden's nine million people living south of Stockholm, Norrland - the northern two-thirds of Sweden - is often described as the continent's last wilderness. And while the winters are harsh and dark, the summer sees the land of the midnight sun live up to its name. Norrland's cultural history is also fascinating: the indigenous Sami people have a distinctive language and culture, which is now flourishing after centuries of discouragement - or downright suppression - by the state.

Rain and theft leave motocross club stuck in the mud

The Swedish Sidecar Motocross Championships in early May turned into a losing affair for the arrangers, the Varbergs MK motorsports club in western Sweden.

German President Horst Köhler has attacked banks for allowing global financial markets to become a "monster" that nearly caused a "collapse" as a result of the US subprime crisis.

103-old Ulla Lunbäck is being honoured by emergency workers for having extinguished a fire in the southern Swedish town of Västervik.

Whatever happened to Swedish reticence? David Bartal contemplates a country in which man-hugs have become de rigeur and women think little of kissing each other on the mouth.

The hordes expected to visit Germany’s latest polar bear cub sensation, Snowflake at the zoo in Nuremberg, didn’t materialize over the holiday weekend, as people were put off by all the hype.

Merkel to talk energy and trade in Brazil

German Chancellor Angela Merkel is expected to discuss renewable energy and trade in Brazil on Wednesday as she begins her first state visit to Latin America.

Henrik Larsson to play for Sweden at Euro 2008

To the surprise and delight of most Swedish football fans, veteran striker Henrik Larsson was among the names when manager Lars Lagerbäck announced his squad for this summer's Euro 2008 on Tuesday.

Indonesian authorities have confirmed that they have recovered the body of a 23-year-old Swedish man reported missing in Bali over a month ago.

A protracted feud in a village in the far north of Sweden took a sinister turn on Tuesday when a 47-year-old man was attacked with an axe and taken to hospital with life-threatening injuries. 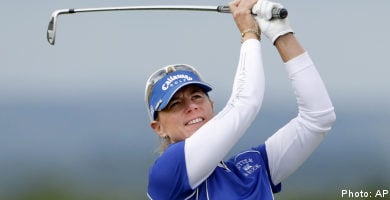 Sörenstam to retire at end of season

Annika Sörenstam, who won the 72nd title of her LPGA career on Sunday, will retire at the conclusion of the 2008 season, the 37-year-old Swedish superstar announced on Tuesday.