An exhibition by Danish artists in Berlin has been closed because of threats received over a photo deemed to be offensive to Muslims, organizers said on Thursday.

The UN's nuclear watchdog on Thursday noted improved security measures at a problem-prone nuclear plant in Sweden, but recommended a number of other steps to increase safety further.

Something for the Weekend: NaxXxos, Fröken, Montys Loco

Germany has been defeated by Japan in a major upset at the World Team Table Tennis Championships in China.

Bayern Munich's Dutch midfielder Mark van Bommel will contest the three-match suspension handed to him for making an obscene gesture to the referee in a Bundesliga game, it was revealed Thursday. 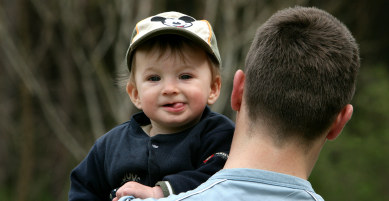 Paternity leave on the rise in Germany

A recent poll shows that more fathers are taking advantage of the paternity leave offered by the German government.

Liechtenstein Prime Minister Otmar Hasler has vowed to work toward a "reasonable compromise" with European nations seeking more tax transparency, amid a fraud row that has spread from Germany to more than 10 countries.

Six police officers in the northern German city of Bremen are being investigated for giving illegal drugs to informants as payment. The officers are believed to have provided marijuana and hashish to snitches on multiple occasions from 2003 to 2007 in return for information, the Bremen public prosecutor's office announced on Wednesday.

Researchers have been surprised to find that Swedish women have more powerful bones than their American counterparts.

Man gulps his way out of drunk driving citation

A suspected drunk driver with a blood alcohol level ten times over the legal limit was released after asserting that he tossed back a bottle of whiskey and several beers only after arriving home.

Swedes haven't yet let concerns about the economy dampen their consumption, with retail sales figures for January up 4.8 percent compared with a year ago.

German power company EON will sell one of its networks to appease an EU request that aims to stimulate competition in the European energy sector.

Politician Wolfgang Böhmer has apologized for offending East German women with his comments about recent baby killings - but his opinion remains the same.

Sweden's self-styled king of swimwear Panos Papadopoulos is in negotiations with football club Ljungskile over a possible name change.

Girl made up story about abduction

The ten-year-old girl who claimed she was kidnapped and then pushed into the water in central Stockholm has admitted she was lying.

Discount airline Ryanair flouts rulings by Sweden’s National Board for Consumer Complaints (ARN) more than any other company.

Germany's mild winter has help push down the unemployment rate to 8.6 percent in February, according to figures released by the Federal Labour Agency on Thursday.

Police have arrested a 25-year-old man in Görlitz on Wednesday under suspicion that he killed her by setting her on fire.

A 14-year-old Czech boy has died after a collision with a Swedish man on a ski slope in Austria's Badgastein resort. 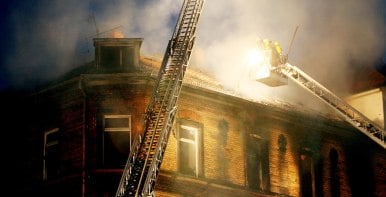 German tabloid daily Bild has reported that the Ludwigshafen apartment fire that killed nine and injured 60 began as a smouldering fire under the building's floor. 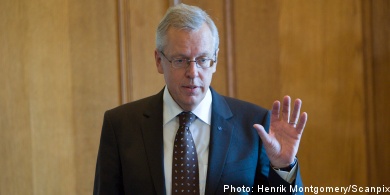 The Swedish government has failed in its commitment to adopt an open appointment process when recruiting top-level civil servants, TV4 reports.

A new luxury hotel in Stockholm may have to replace 3,000 square metres of wall-to-wall carpets following accusations of intellectual property theft, Metro reports.