‘Send in the clones’

The issue of cloning in agriculture is always guaranteed to stir up emotions, but the technology actually offers us better meat and healthier animals, argues Waldemar Ingdahl of the Eudoxa think-tank.

A criminal network consisting of at least one person of very short stature is believed to be behind a recent spate of robberies on Swedish buses. 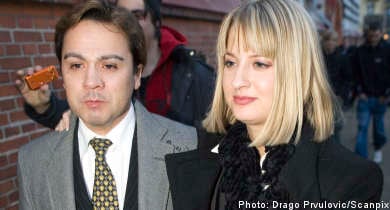 Beltran released ahead of rape verdict

Opera singer Tito Beltran has been released by Ystad District Court on Monday at the end of his trial on rape charges.

A Malmö man who used young girls to stimulate his sexual desires has been indicted in Gothenburg on several charges of sexual exploitation of minors.

The trial of opera star Tito Beltran ended today in Ystad with the prosecuting attorney calling for a minimum sentence of two years in prison. 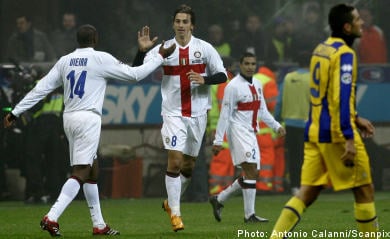 Sports Digest is The Local's roundup of what's happening in Swedish sport.

For the first time in four years, economic growth in Sweden has fallen below three percent.

Swede to take the helm at Save the Children charity

The secretary general of Sweden’s chapter of Save the Children (Rädda Barnen) has been tapped to take over as chair of the organization’s international secretariat in London.

A left-wing politician who changed sex to become a man has protested a ban on marrying his female partner. Christian Schenk, formerly Christina Schenk, was in a registered partnership while he was a lesbian, but now that he is straight, he wants to marry. The Berlin politician underwent a surgical sex change procedure in order to be recognized as a man. The medical procedure was a prerequisite for legal recognition as a man.

Peer Steinbrück, the German finance minister, said that despite the financial crisis, fundamental economic data points to a robust economy for Germany and Europe. On Friday Steinbrüch said on Deutschlandfunk that the credit market crisis that burdens the US economy exists in Germany and Europe as well, but the economic European and German fundamentals are robust.

German gangster rapper Massiv, who was recovering from a gunshot wound, has been readmitted to hospital after a relapse. He is said to be suffering from high fever, cramps and blood loss. The 25 year old rapper was shot on Tuesday night in the Berlin district of Neuköln by an unidentified gunman.

The Riksbank is likely to leave interest rates unchanged in February, according to a Reuters poll of Swedish analysts.

One person was found dead on Sunday evening after a car rammed a police station in Eskilstuna.

A large majority of Swedes are in favour of allowing gays to marry, a new poll has shown.